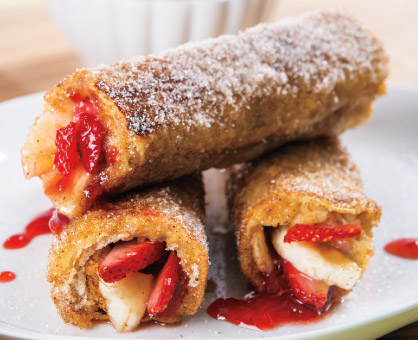 4. Heat large skillet or griddle over medium heat; spray with nonstick cooking spray. In batches, dip each roll in egg mixture, then place, seam side down, in skillet. Cook 5 to 6 minutes or until golden brown, turning to cook all sides and spraying skillet with additional cooking spray as needed. Immediately transfer rolls to cinnamon-sugar mixture, turning to coat. Serve with maple syrup for dipping.