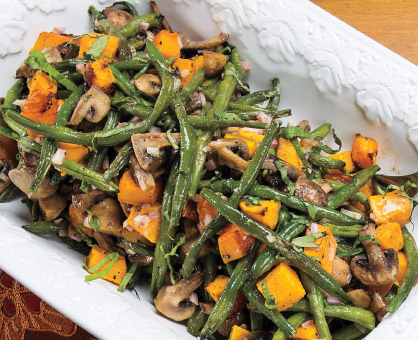 3. Stir squash and beans. Roast squash, beans and mushrooms 15 to 17 minutes longer or until vegetables are tender and lightly browned, stirring once. 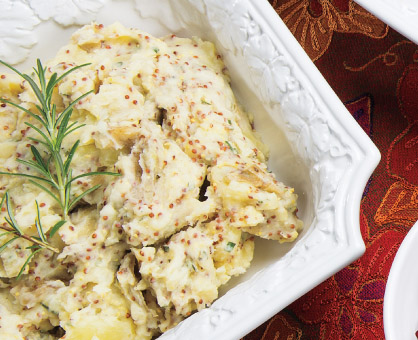 1. In large covered saucepot, heat potatoes and enough salted water to cover to boiling over high heat. Simmer, uncovered, 15 to 20 minutes or until potatoes are very tender.

2. Drain potatoes well. In same saucepot, heat half-and-half, butter, salt, pepper and stir-in of choice, if using, to simmering over medium heat. Return potatoes to saucepot. With potato masher, mash potatoes until they are slightly chunky. Heat through over medium heat, stirring occasionally. Makes about 10 cups.

1. Preheat oven to 400°. With serrated knife, cut ½ inch from top of each head of garlic to expose top of cloves; discard tops. Place garlic, cut side up, on sheet of aluminum foil; drizzle oil over cut side of garlic. Wrap foil tightly around garlic. Roast 40 to 45 minutes or until cloves are very soft. Carefully open foil. When cool enough to handle, squeeze each garlic clove out of its skin and roughly chop. 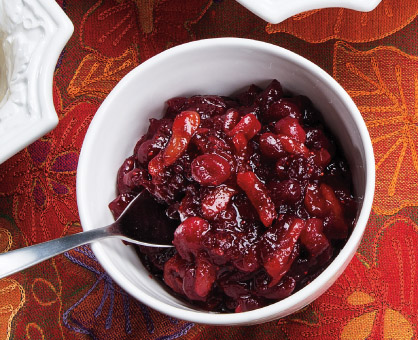 2. Remove saucepot from heat; stir in brandy. Allow relish to cool slightly before spooning into serving bowl; cover and refrigerate at least 3 hours or up to 4 days.